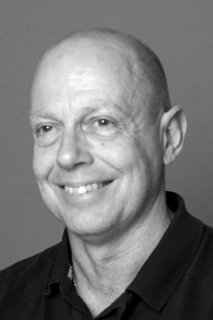 Hans Lindgren received his Doctor of Chiropractic Degree from Anglo-European College of Chiropractic (AECC), Bournemouth, England in 1984.  Returning to his native Sweden, Hans worked in Stockholm before starting his own Clinic, the Uppsala Chiropractic Clinic, a well recognized Chiropractic centre incorporating both Chiropractic and Physiotherapy, and was involved in several rehabilitation projects with the Akademiska Hospital in Uppsala. During his 9 years working as a Chiropractor in Sweden, Hans also wrote articles in "B&K" the leading Body-Building and Training magazine, worked as Sports Chiropractor for Ulltuna and Lidingö Men's Premier-League Volley-ball teams, was responsible for the post-graduate program for the Swedish Chiropractic Association, and was appointed as a Chiropractic Consultant for the Company Health Care Programs of the Akademiska Hospital and Pharmacia Sweden. Hans ran his first course on "How to Incorporate Gym-training into Rehabilitation" for the Swedish Chiropractic Association in 1988.

In 1993 Hans moved to Brisbane, Australia where in 1994 he established both the Alexandra Hills Chiropractic Centre and Nordic Gym - a unique cutting edge Fitness Centre specialising in one-on-one Personal Training and Rehabilitation.  Nordic Gym became affiliated with the Australian Institute of Sport (AIS), preparing Australian Team Divers for the Commonwealth Games.

In 1999 Hans was introduced to the Prague School of Rehabilitation and commenced a long and rewarding journey with many of the world's leading Rehabilitation Specialists, including Professors Kolar, Janda and Lewit. After intensive study under Professor Pavel Kolar and completing all levels of the DNS Program, Hans was one of the first Chiropractors worldwide to be Certified as a DNS Practitioner in 2009 and in 2015 became a Certified DNS Instructor.

Hans has actively participated in as well as coached many competitive sports.  He was the Assistant Coach, Sports Physician, and Strength and Conditioning Coach for the Australian Ice Hockey Team which travelled to the World Championships, where the Team dramatically improved their previous years placing (12th to 6th), and the Team was awarded the Fair Play Cup. Hans was the Coaching Director for Queensland Ice Hockey, and was one of only 2 people within Australia accredited by the Canadian Amateur Ice Hockey Federation to train and accredit new Ice Hockey Coaches.